Mike and Colleen have been an item practically since my husband and I have been together. Mike and John both played for the Denver Highlanders Rugby Football Club, and Colleen and I both showed up on the scene around the same time. During Colleen’s bachelorette party, she told me how they met, and I literally laughed out loud because the same Welsh rugby player, “Taffy,” who introduced me to my now-husband had also introduced her to her now-husband! Who would think Taffy to be such a great matchmaker?!

Mike and Colleen’s wedding day was so perfect. They held the ceremony and reception at the Denver Museum of Nature and Science near City Park. The day was gloomy, but no matter because I was petrified we’d have a bright sunny blazing hot August day that would make for not-so-ideal photography conditions.

I thought the most special moment was when Colleen began saying “I do,” the sun broke through and filled the ceremony with warm sunlight. It was almost divine.

I’m so happy for the two of them. They have been great teammates (rugby and footy) and even better friends. I love them, and wish them nothing but happiness! 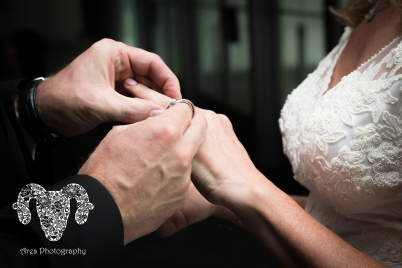